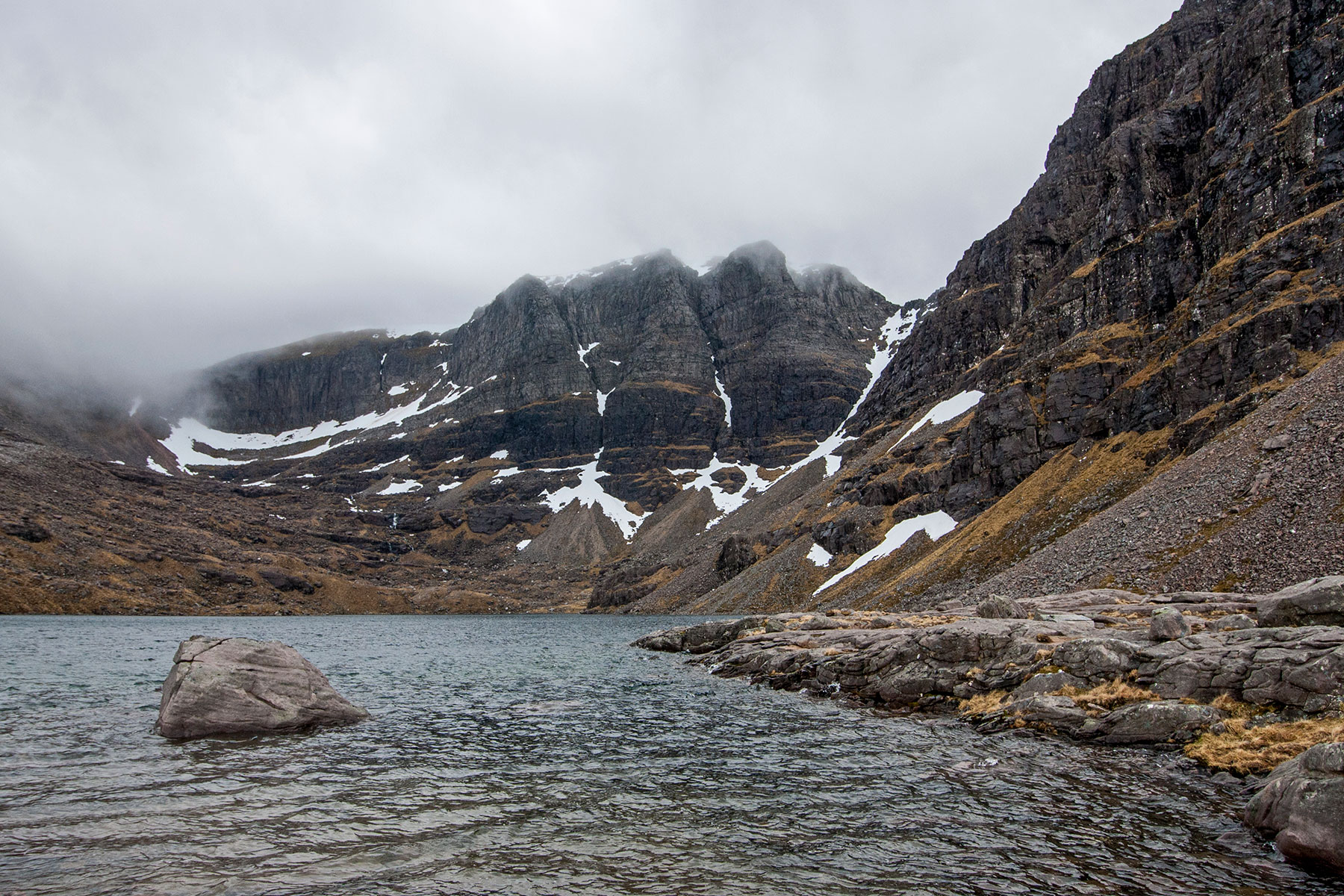 I spent last week wandering in some wild places to the North – specifically in Torridon and Assynt in North West Scotland. It’s become something of an annual pilgrimage over the years.

The weather was very overcast with lots of low cloud on the mountains which prevented us from getting up to the top of the Munros everyday but it did lead to some moody photographs. It also led to the discovery of some really rather fantastic alternate, lower level routes, including a hike up to the Glas Tholl Coire on An Teallach which I think could be a new favourite route.

The photographs here were taken at locations including the Glas Tholl Coire, Bein Eighe, Beinn Liath Mhor, and the Great Wilderness.