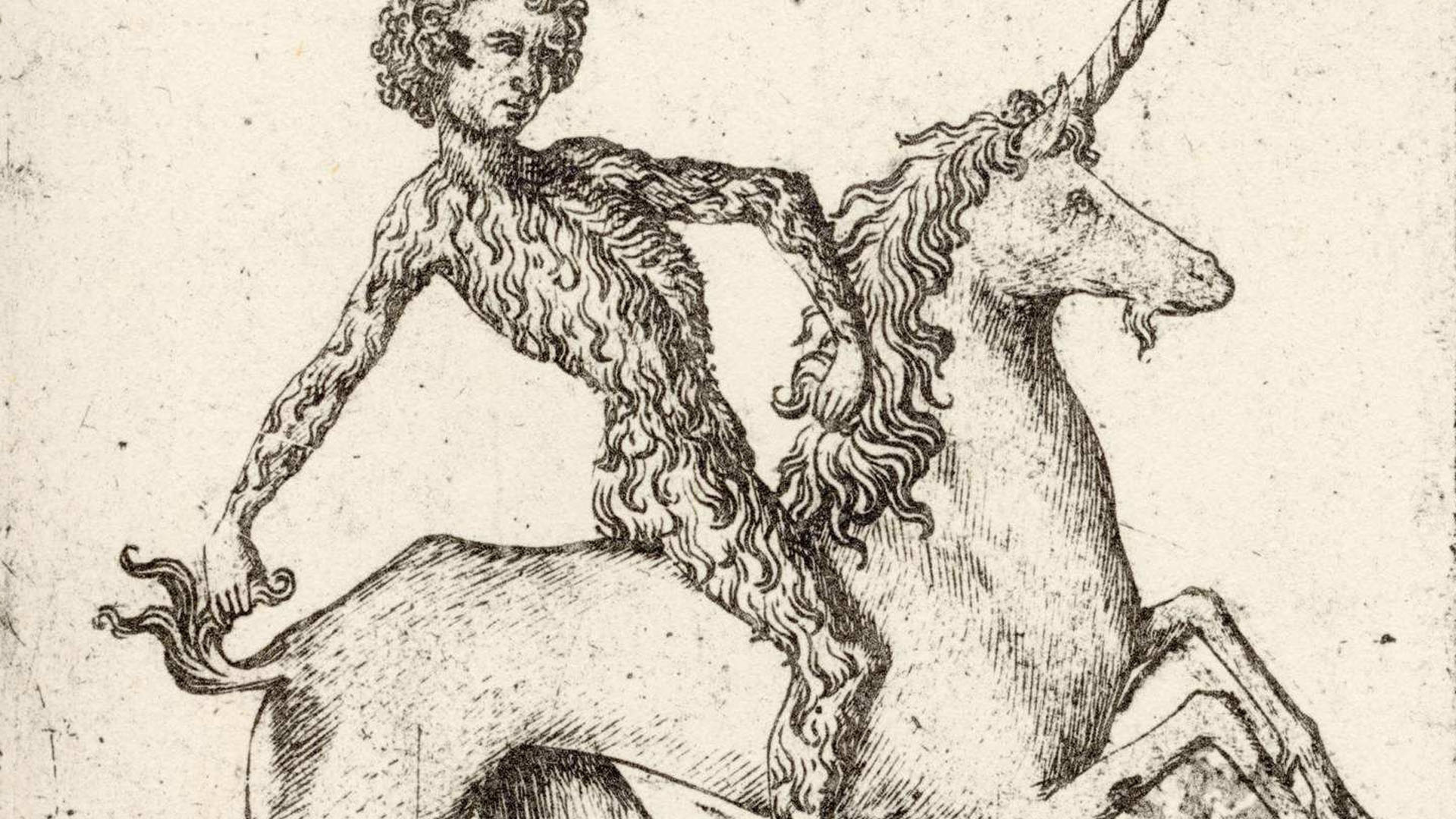 The Wild Man & The Unicorn

This wonderful image of the Wild Man of the Wood riding a unicorn appears to be an image from a playing card, or tarot card from Germany around the middle of the 15th Century.

The Wild Man of the Woods is a mythical figure that appears in the artwork and literature of medieval Europe, comparable to the satyr or faun type in classical mythology and to Silvanus, the Roman god of the woodlands.

The defining characteristic of the figure is its “wildness”; from the 12th century they were consistently depicted as being covered with hair. Images of wild men appear in the carved and painted roof bosses where intersecting ogee vaults meet in the Canterbury Cathedral, in positions where one is also likely to encounter the vegetal Green Man. The image of the wild man survived to appear as supporter for heraldic coats-of-arms, especially in Germany, well into the 16th century. Renaissance engravers in Germany and Italy were particularly fond of wild men, wild women, and wild families, with examples from Martin Schongauer (died 1491) and Albrecht Dürer (1471–1528) among others.*

Wild men were so frequently depicted in medieval art that some historians have suggested that they may have actually existed, maybe being primitive tribes that have since died out. There’s certainly a lot of similarity between the images of wild men and more recent depictions of the wolf man.