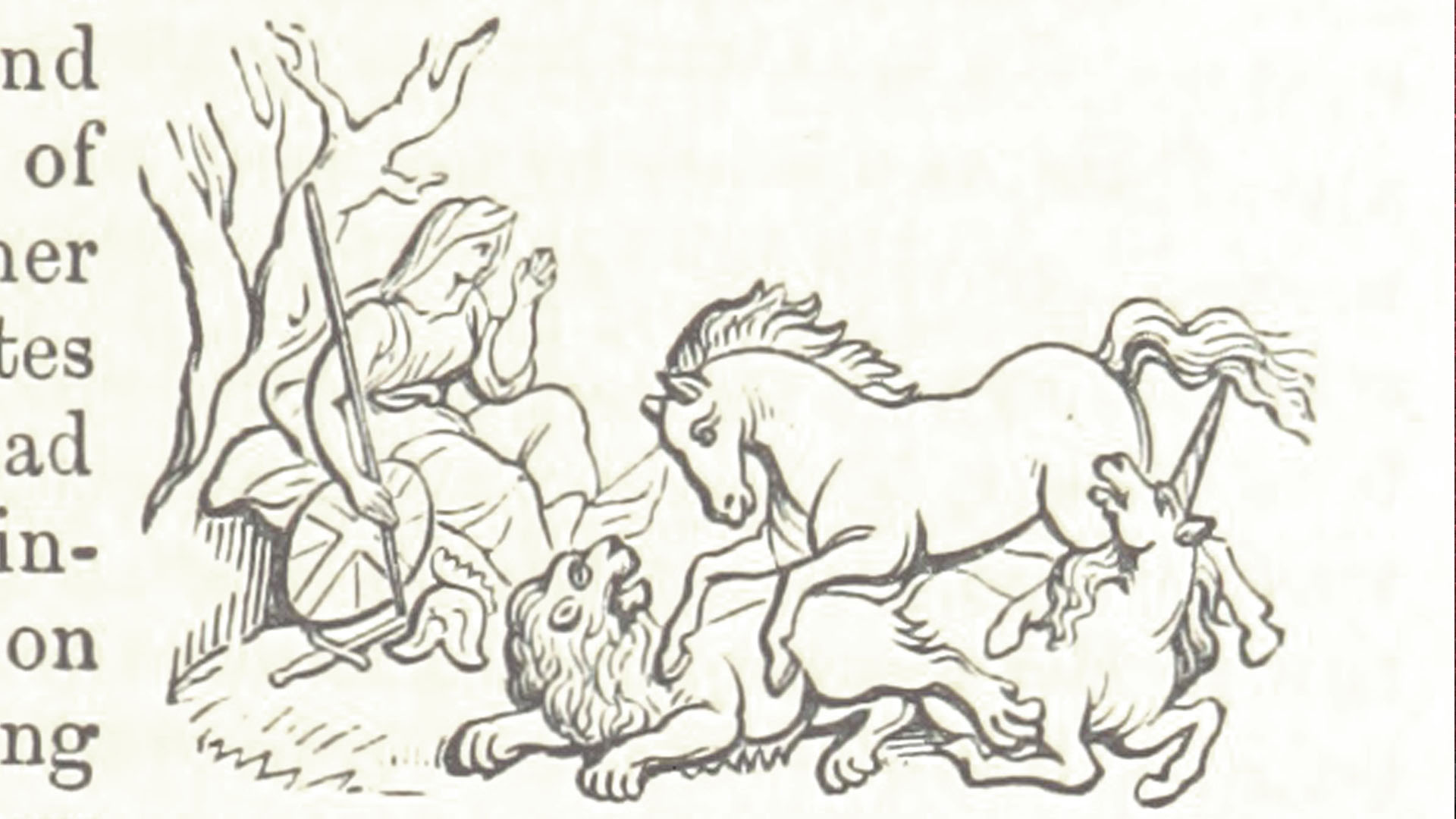 The Lunar Unicorn & The Solar Lion

“The Unicorn itself is a lunar creature, and as such it constantly fights with the solar lion.”

“The lunar unicorn is in perpertual confilst with the solar lion. One of the odlest reports of their antagonism occurs in the early Greek translation of the Hebrew Bible (known as the Septuagint), in which an immense mythic beast called a Re’em is identified with a unicorn. In one Hebrew tale of the young King David, he leads his father’s sheep up what he thinks to be a mountain, but which is in fact a huge sleeping Re’em. Suddenly the monster awakes and starts to rise to its feet. David clasped the Re’em’s right horn, which reached to heaven, praying: ‘Lord of the Universe, lead me to safety, and I will build you a temple one hundred cubits in span, like the horns of this Re’em.’ God mercifully sent a lion, the King of Beasts, before hwom the Re’em crouched in obeisance. Since, however, David was himself afraid of the lion, God sent a deer for it to pursue. David then slid down from the Re’em’s shoulder and escaped.”

Williamson, J. The Oak King, The Holly King and The Unicorn 1986

The juxtaposition of the Lion and the Unicorn can be seen through history from images such as The Lady with Unicorn tapestry (Musee de Cluny, Paris) to literature including Lewis Carrol’s Through the Looking Glass. Both of these magnificent beats can aslo be seen together on the Royal Coat of Arms of the United Kingdom which you may be familiar with.