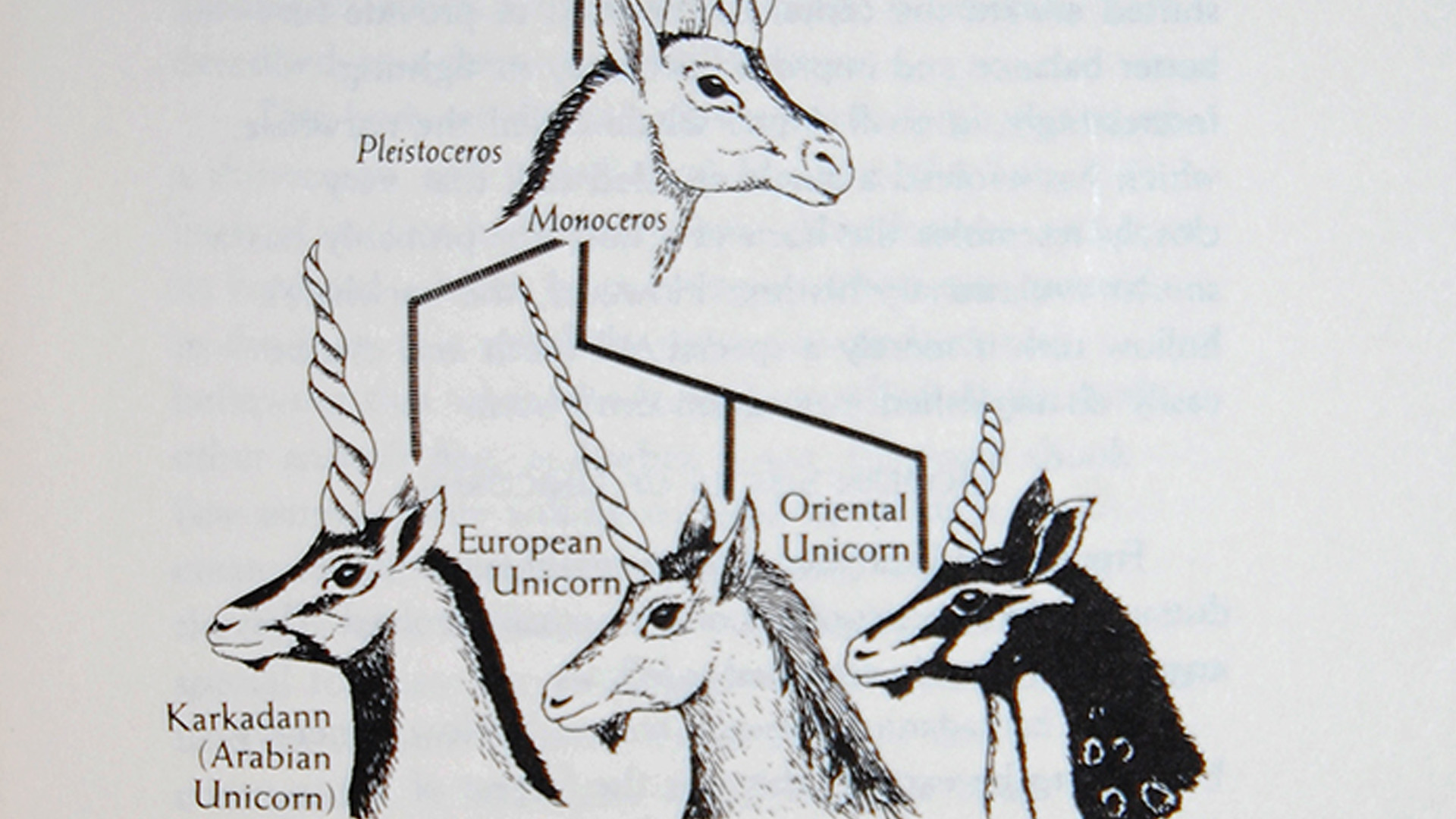 The Evolution of Unicorns 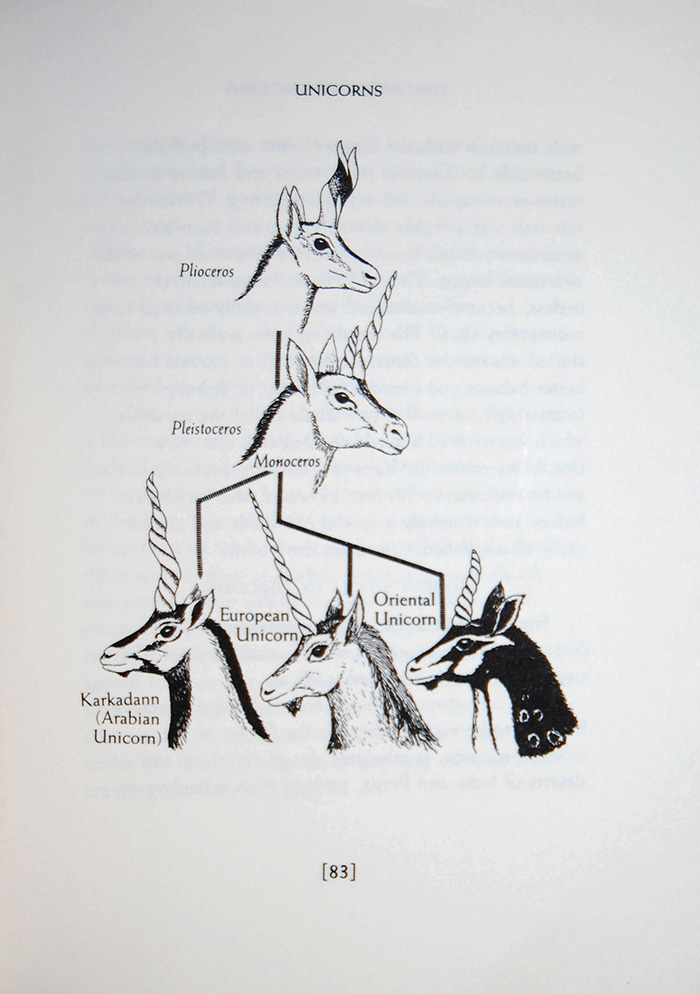 The evolution of the two-horned Plioceros type of antelope into the single-horned Monoceros type of modern unicorn is one of the most remarkable facets of mammalian evolution, for only rarely do equally paired anatomical structures disappear to be replaced by a single one. However, in some early unicorns (Plioceros abequalis) the two horns were of unequal length. Those male unicorns with the longest horns were probably better able to dominate other males and thus to acquire mates more rapidly and with less fighting. Obviously this trait was a highly desirable one, and soon an evolutionary trend favouring extreme length in one of the two horns began. The other horn, being relatively useless became smaller and was eventually reduced to a rudimentary state. The remaining horn gradually shifted towards the centre of the skull to provide better balance and improved accuracy in fighting.

Interestingly, a small Arctic whale called the narwhal, which has evolved a single spiralled tusk that very closely resembles the horn of a unicorn, probably has a similar evolutionary history. However, the narwhal’s hollow tusk is merely a specialised tooth and can easily be distinguished from a unicorn horn.