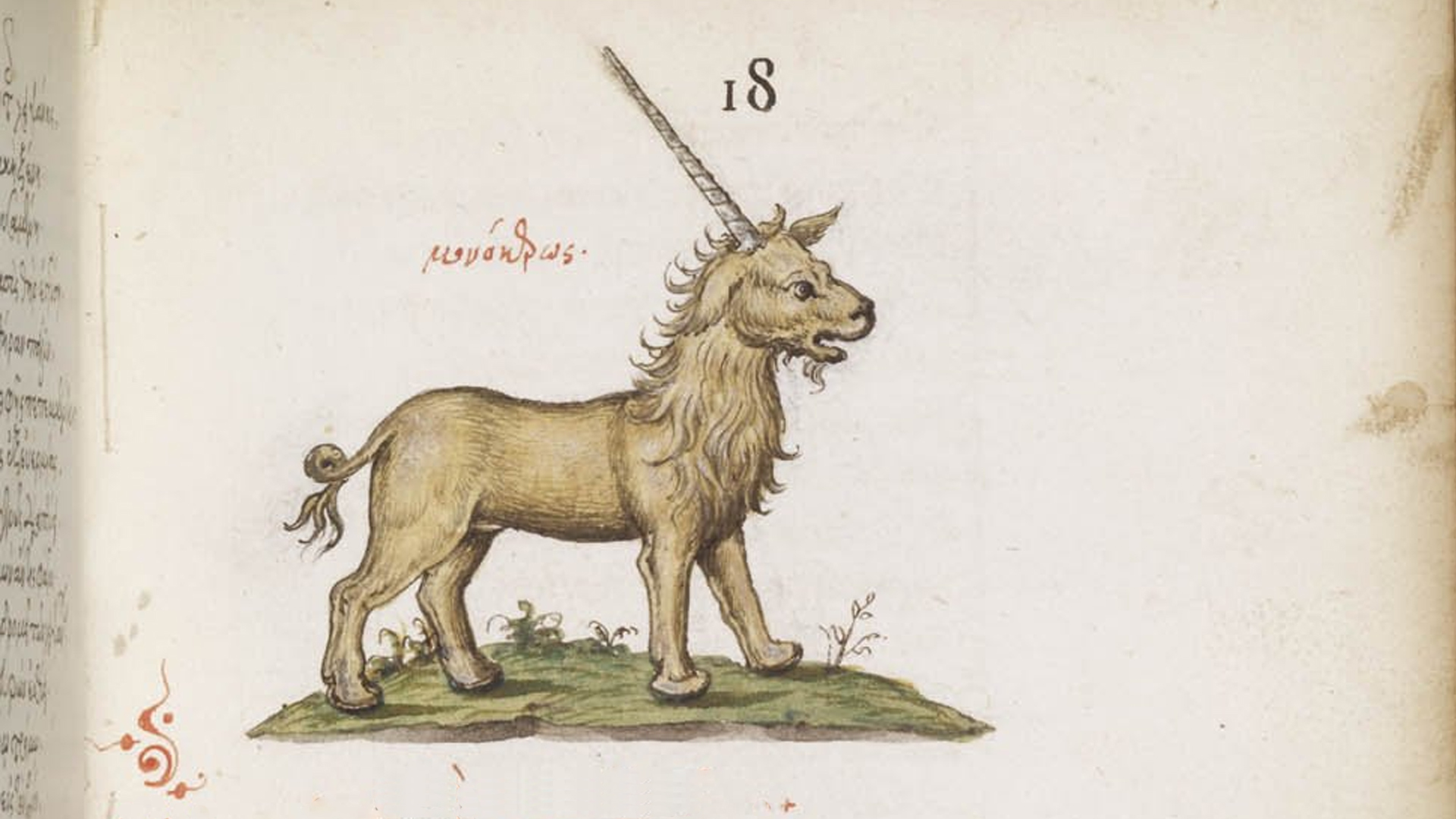 The Chinese Unicorn, or K’Lin, is one of the four animalsof good omen; the others are the Dragon, the Phoenix, and the Tortoise. The Unicorn is the foremost of the four legged animals; it has the body of a Kiun (or deer), the tail of an ox, and the hoofs of a horse; the horn that grows from it’s forehead is fleshy. It’s back is of five mingled colours; it’s underside is brown or yellow. It will not tread upon green grass or do harm to any creature. It’s appearance is said to be auspicious, and to augur the birth of a virtuous ruler. It is bad luck to wound it or to find the body of a dead K’Lin. It’s natural lifespan is a thousand years.

When Confucius’ mother was carrying him within her womb, the spirits of the five planets brought her an animal ‘with the shape of a cow, the scales of a dragon, and a horn in its forehead.’ That is on version of the annunciation; a variant collected by Legge says that the animal came of it’s own accord and spat out a jade plaque on which were written the following words:

Son of the mountain crystal [that is the essence of water], when the dynasty has fallen, thou shalt rule like a king without royal insignias.

Some seventy years later, hunters killed a K’Lin whose horn still bore a piece of the ribbon that Confucius’ mother had tied there. Confucius went to see it, and he wept, for he sensed what the death of that innocent, mysterious animal meant and also because within that ribbon lay the past.

In the thirteenth century, Marco Polo tells us, Genghis Khan waged a campaign against India, and accompanying him was the celebrated minister Yeh-Lu Ch u-ts ai. In the Kara Dagh region the expedition met a creature ‘like a deer, with a head like that of a horse, one horn on its forhead, and green hair on its body.’ The creature addressed the guards, saying ‘it is time for your master to return to his own land.’ When the Great Khan consulted Yeh-Lu Ch u-ts ai, the minister replied: ‘That creature is the Chio-tuan (a variety of the K’Lin). It appears as a sign that bloodshed is needless at present. For four years the great army has been warring in Western regions. Heaven, which has a horror of bloodshed, gives warning through the Chio-tuan. ‘The emperor thereupon desisted from his bellicose designs.’

Twenty-two centuries before the Christian era, one of the judges of the Emperor Shun possessed a ‘one-horned goat’ that ‘knew the innocent from the guilty. It would butt the guilty with its single horn, but refused to attack those wrongly accused.’

In his Anthologie Raisonee de la Litterature Chinoise (1948), Margoulies includes this calm yet mysterious fable from the pen of a ninth century author:

It is universally acknowledged that the Unicorn is a supernatural creature of good omen; thus declare the odes, the annals, the biographies of worthy men, and other texts whose authority is beyond question. Even the women of the villages and young children know that the Unicorn is a favourable sign. But this animal does not figure among the domestic animals, nor may one find it in the world; nor does its shape lend itself to classification. It is not like the horse or the bull, the dog or the pig, the wolf or the deer. In such circumstances, even if one stood in the presence of a Unicorn, it would be hard to be certain that it is one. We know that a certain animal with a mane is a horse and that a certain animal with horns is a bull. We know the appearances of dogs, pigs, wolves, and deer. We do not know the shape of the Unicorn.