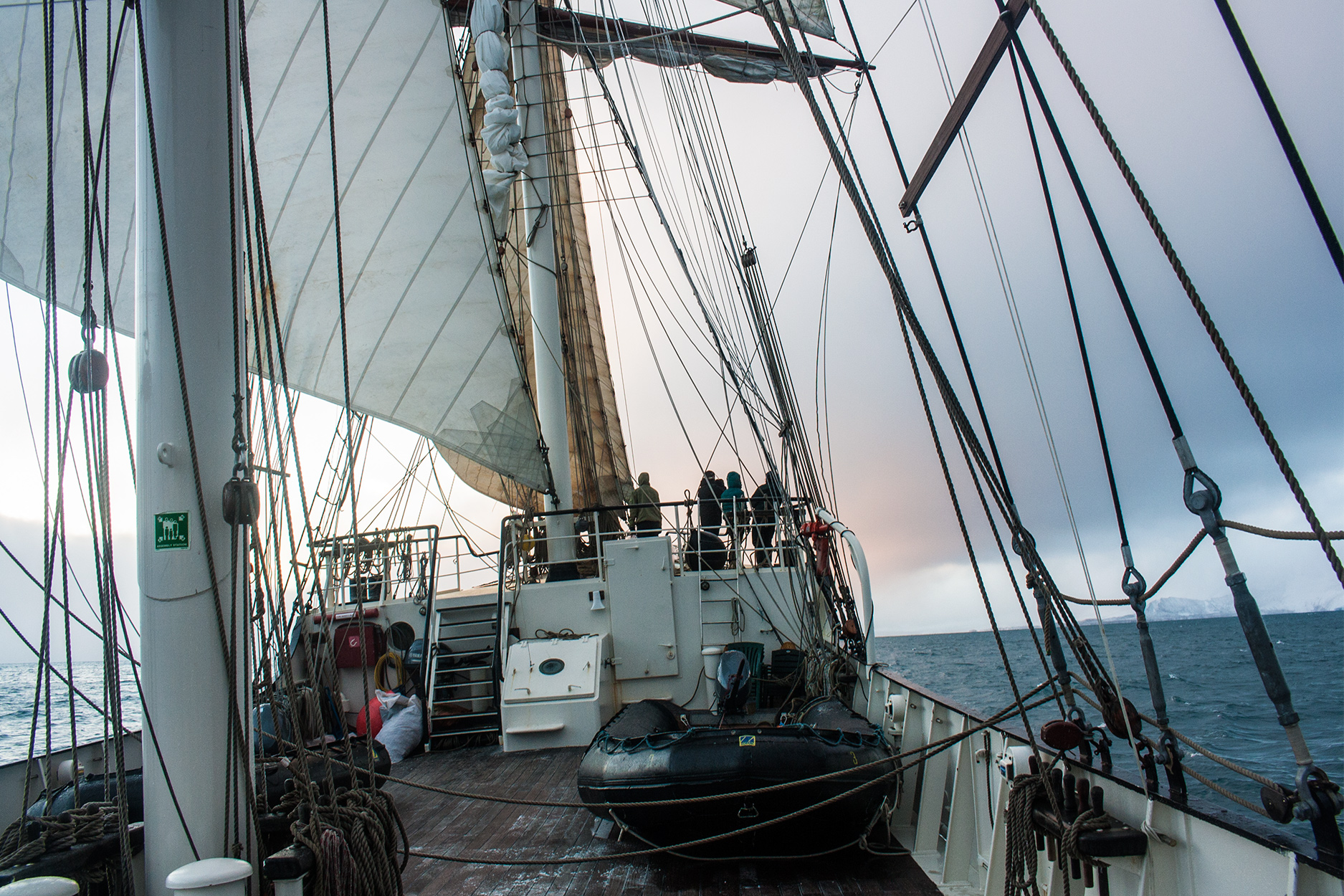 After a dismal day at Fjortende Julibukta dining out on ice whilst dressed as a polar bear we headed South.

We still had a long way south to make it so the day was spent on deck taking in Svalbard’s mountainous coastlines which never failed to mesmerize me. It became a tiring afternoon on deck. Chaos ensued at first due to some mis-(lack of)communication from the Captain (too long spent out at sea I imagine) before we were split into two groups (Starboard and Port-side). Each group took shifts keeping a lookout in the midst of a small snow storm for any sign of the Acceptance in the cold arctic waters. It was a thankless task but eventually we recovered the life ring. Unfortunately the Acceptance was lost to the dark depths!