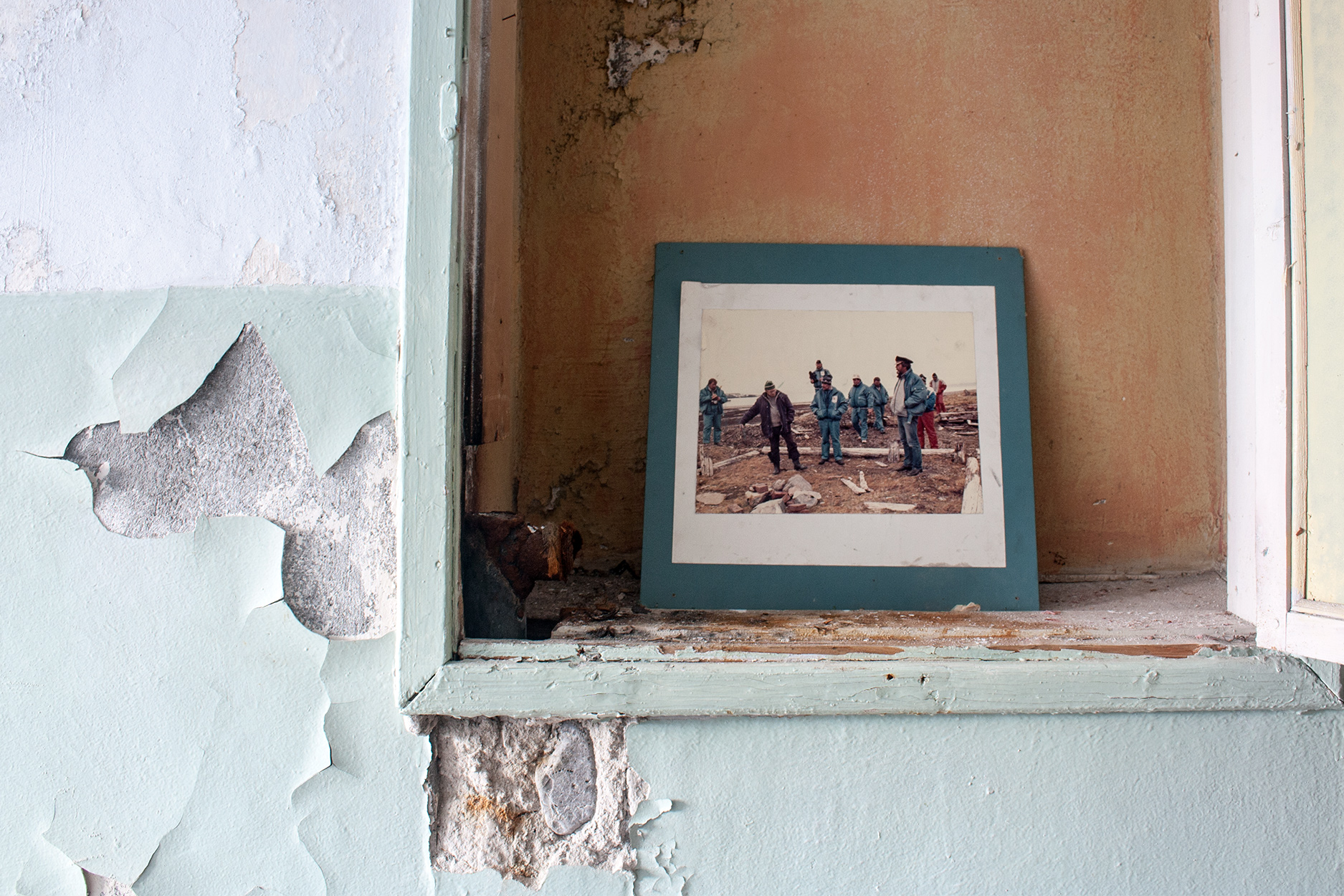 It was the final day of the expedition and our final landing was to be at Pyramiden – an abandoned Russian mining town located in Billefjorden opposite the majestic Nordenskiöld glacier. The town takes its name from the pyramid shaped mountain that looms over the settlement.

Visiting Pyramiden was a surreal experience not just because of its ghost town status but because we had been at sea for weeks having had little or no engagement with any human communities whatsoever. Our guides gave us a tour of the town and provided us with a fascinating account of it’s history. It was abandoned in 1998, which doesn’t seem like all that long ago, but nearly 20 years of abandonment has left the town derelict and dilapidated.

Apparently Pyramiden was established as an idealist vision of what life was like in Soviet Russia at the time and formed part of propaganda campaigns that were presented to the West. As a result employment in Pyramiden was highly sought after by Russian citizens. After lunch our guides arranged for us to access one of the derelict buildings in Pyramiden – the Kulturhuset (Culture House).

This building would have been where residents indulged in the arts, crafts, and sport. The building contained a large theatre, dance studios, a sports hall, as well as art and music studios. There was lot’s of debris left around the building giving clues to what might have taken place in each room – keyboards, painting, dried clay, musical instruments.

Most fascinating of all though were the photographs that were still hung on walls around the building. The entrance hall featured a wall full of photographs from events and activities that took place in the town throughout the 60s, 70s, and 80s. This included events that looked like cultural festivals and sports events such as skiing competitions.

It was a fascinating location and it divides opinion. There are those who believe that it should be dismantled with all the remnants being taken back to Russia to be disposed of so that the nature can take back control of the land.

The Russians have other ideas though and are trying to turn Pyramiden into a tourist destination. We briefly visited the Tulpan Hotel in the middle of the town which was refurbished in 2013 and you can now book yourself in to stay!