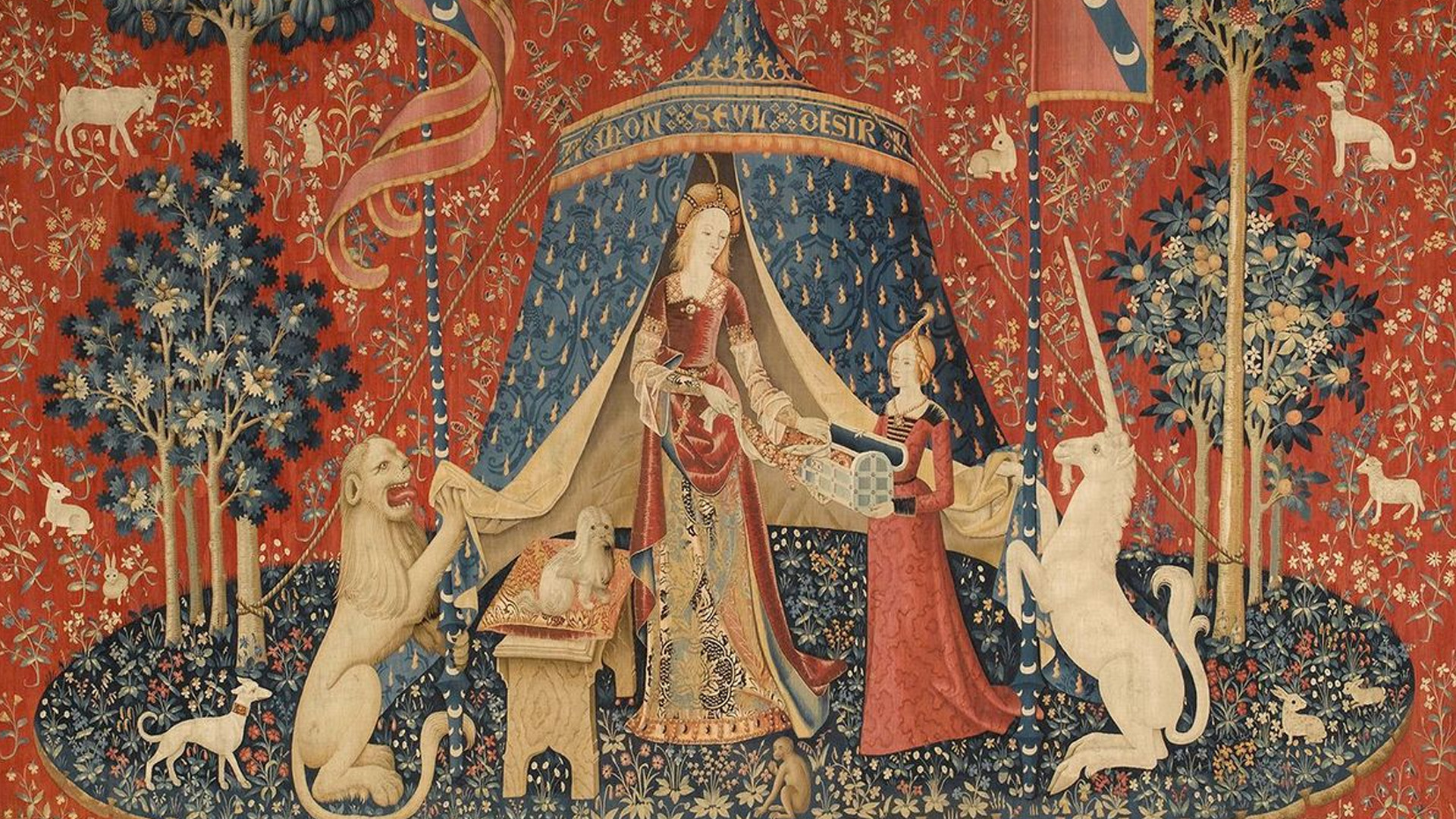 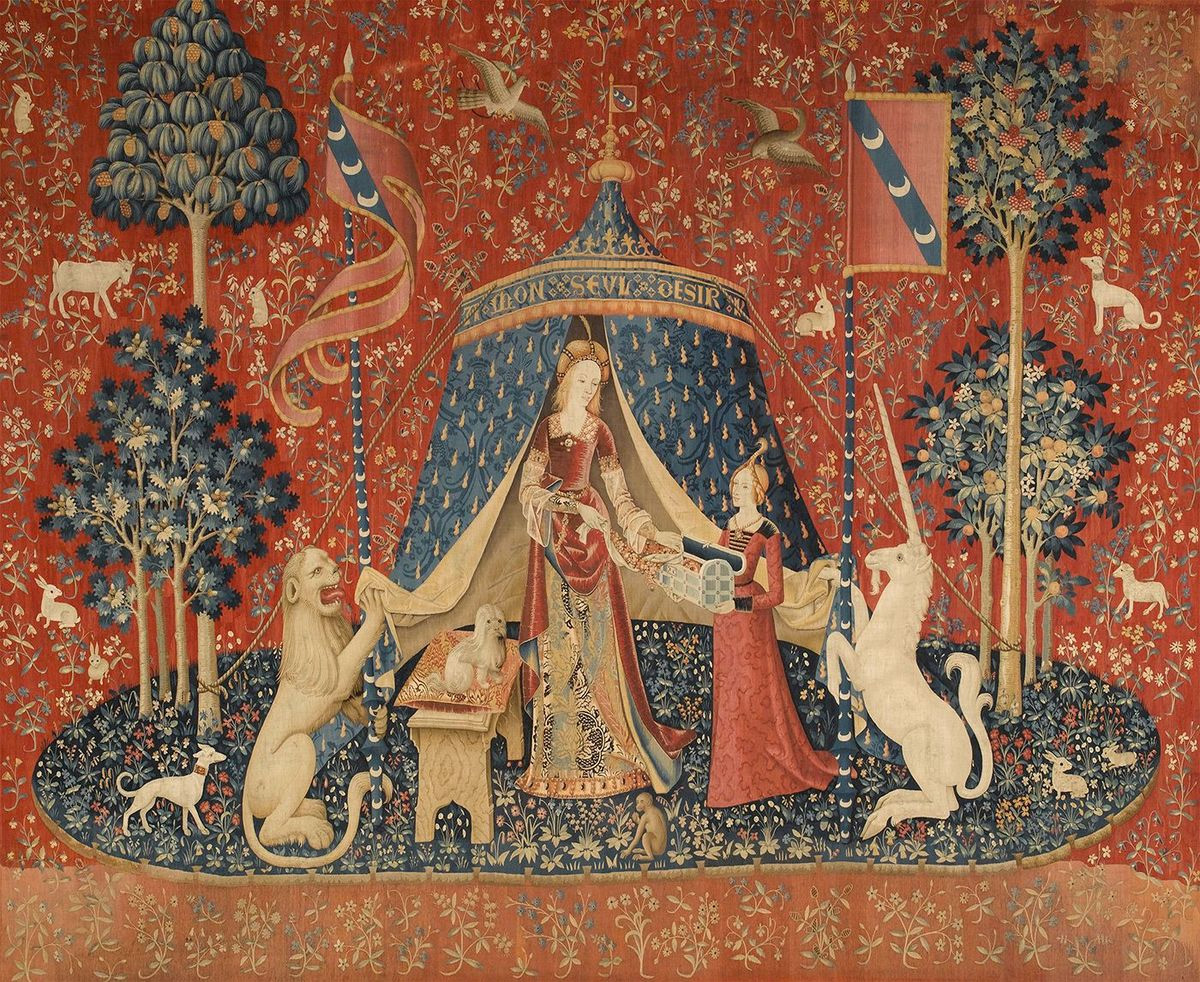 The Lady and the Unicorn (French: La Dame à la licorne) is the modern title given to a series of six tapestries woven in Flanders of wool and silk, from designs drawn in Paris in the late fifteenth century. The suite, on display in the Musée du Moyen-Âge, is often considered one of the greatest works of art of the Middle Ages in Europe.

Five of the tapestries are commonly interpreted as depicting the five senses – taste, hearing, sight, smell, and touch. The sixth displays the words “À mon seul désir” (pictured above). The tapestry’s meaning is obscure, but has been interpreted as representing love or understanding. Each of the six tapestries depicts a noble lady with the unicorn on her left and a lion on her right; some include a monkey in the scene. The pennants, as well as the armor of the Unicorn and Lion in the tapestry bear the arms of the sponsor, Jean Le Viste, a powerful nobleman in the court of King Charles VII.