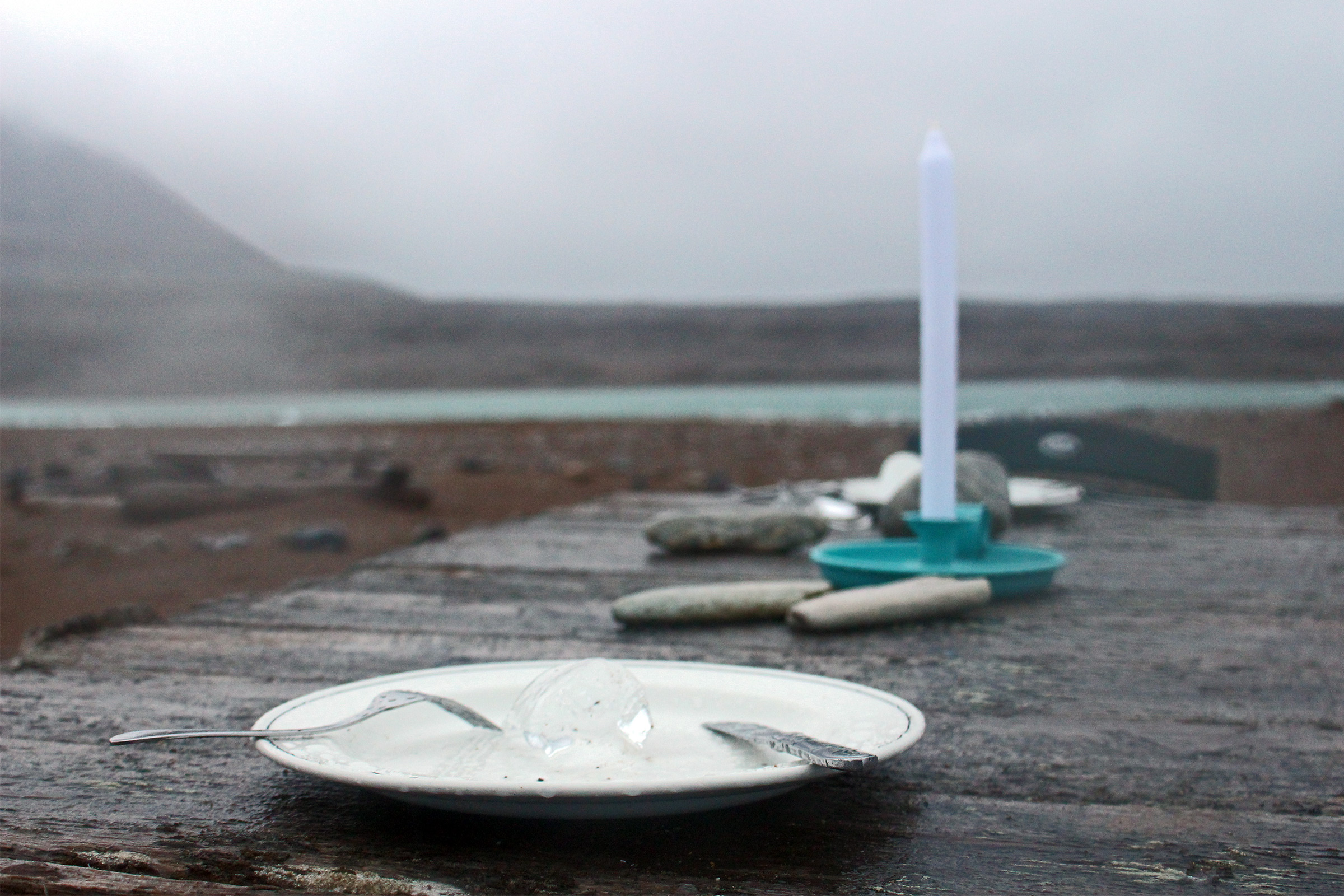 Having had the most magnificent day previously at Fuglefjorden our next day at Julibukta was perhaps our most dank. It was warm (relatively speaking) and wet. It rained, not heavily but incessantly, all day.

We spent the morning on a large flat spit of land that sat some distance in front of a glacier. There was a lot of ice washed up along the shore and I also encountered a seal swimming about in the shallows seemingly curious at our arrival. There was an old table left in the middle of this spit of land which inspired Tim Van Der Meer and I to create an impromptu performative video. After lunch we returned to the table with some chairs, plates, knifes and forks from on board the ship. I also brought my polar bear mask and a candle stick holder I happened to have with me!

We ‘feasted‘ on ice collected from the shore line as our plates filled up with a rain water – it was a surreal experience.

Due to the awful weather most of our footage was slightly out of focus and under exposed but thankfully with a little creative editing we managed to piece together a passable short film loop.