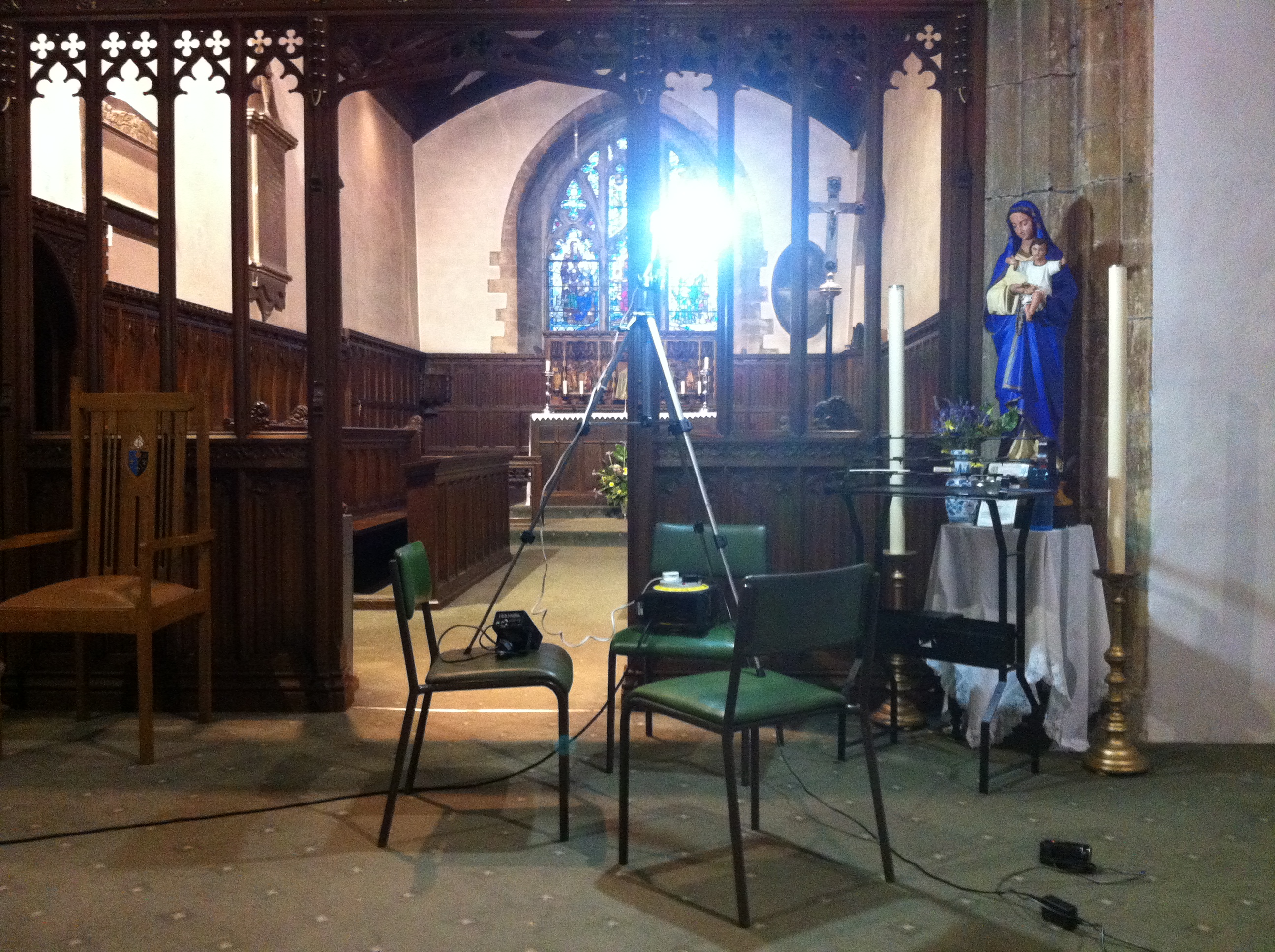 Last week I headed out with lights and a camera to a little church just outside Cardiff city centre to film the final components of a film project that I have been working on based upon Peter Carey’s short story ‘Conversations with Unicorns’.

Whilst following a narrative arc the film will be somewhat abstract in it’s presentation drawing on old symbolism and using a few editing tricks to capture the essence of Carey’s story. In working on this film I’ve found great inspiration in the work of experimental film maker Stan Brakhage.

As you can see from the picture above my set-up was fairly simple not using much more than a bright white light. I’m hoping to have finished editing the film by the end of this week at which point I’ll be able to share some more details.