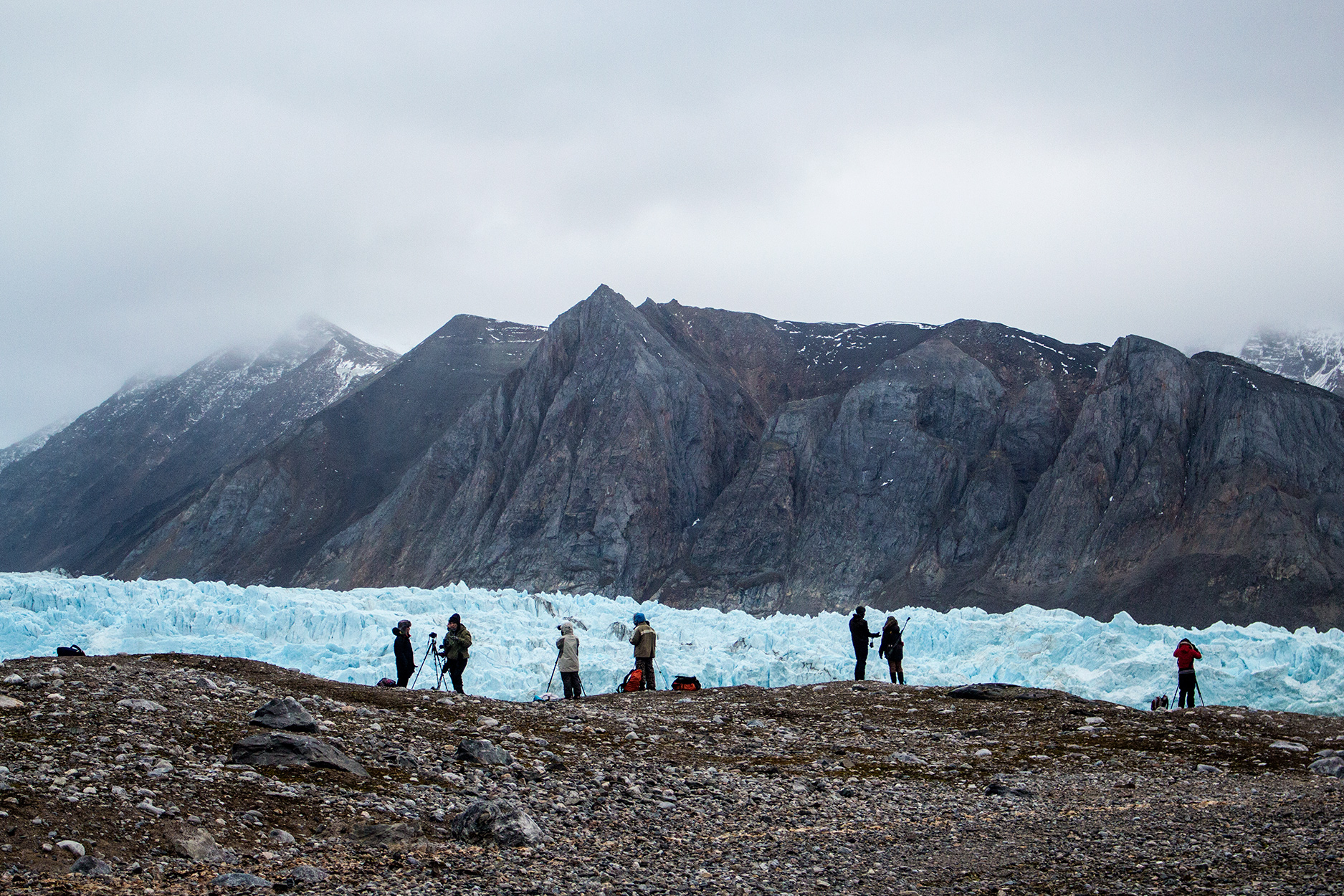 Having sailed north we dropped anchor near to an island called Blomstrandhalvøya (´flower beach peninsula´) in Kongsfjorden.

After breakfast we made a landing on a small island located in front of the glacier called Blomstrandbreen.

Our guides explained to us that ten years ago the glacier was still connected to the larger island (Blomstrandhalvøya) behind us. As the glacier retreated it became clear that it was an island rather than a peninsula as had previously been believed. The small island that we landed on was still covered by the glacier only six or seven years ago. ‘Photographers Hill’ in front of Blomstrandbreen

Whilst the majority of the photographers travelling with us set themselves up in front of the glacier (above) I started to experiment with some nylon thread using the glacial ice that was washed up on shore in preparation for a video that I was planning to shoot. After spending the morning in front of the glacier we pulled up the anchors over lunch in order to find a new spot to settle for an afternoon landing.

It was decided that we would sail across the front of the glacier. Due to the recent receding of the glacier the waters through which we were moving were uncharted. As such the guides set out ahead of us in the zodiac in order to measure the depth of the water. We eventually managed to anchor at a spot closer to the glacier enabling us to get up close to the ice. I found myself a spot in front of the glacier to settle down and continue my embroidery.

It was cold but fortunately I was sheltered down by the side of the glacier which meant that I was able to get a lot of work done.

Sitting embroidering in front of an enormous glacier was a unique experience. It’s just a shame that I had such a relatively short amount of time to indulge in this!